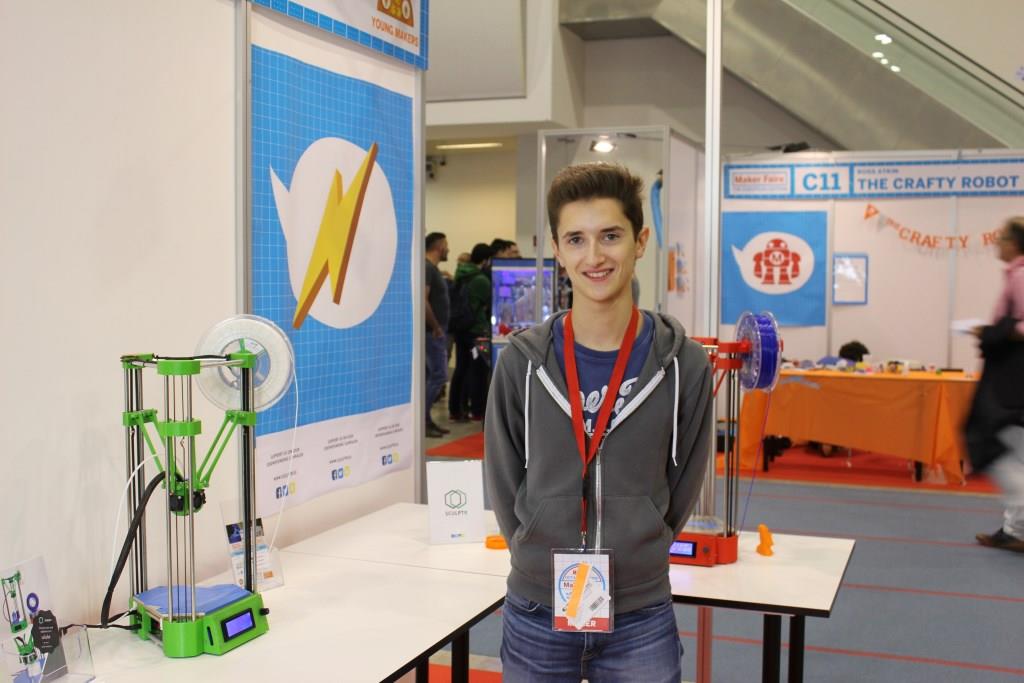 Just after celebrating his 18th birthday, Ottavio Bortolin already has a precise plan for his future: to work with 3D printers. This passion that’s excited him for several years led him to finish a project, unrivaled for someone his age: the creation of a company intended to revolutionize the 3D printer market. In October 2016, after designing his own 3D printer, he launched a collaborative financing campaign alongside his engineering studies in the ECAM Engineering Program.

How did your project get started?

First, it’s a longstanding passion: at 15 I bought my first 3D printer kit. Right away, I wanted to make improvements and that’s how I created my own printer by using pieces I printed in 3D. I honed my skills, mostly by becoming a tester and writer for a site specialized in the field and I made my own 3D printer from A to Z, in accordance with very precise characteristics and functions. I first thought up the design and then I added the desired functions to propose a sufficiently-competitive alternative for the general public.

What are the characteristics of the Scuptr Delta 3D Printer?

With all the same functions of more expensive machines, the Sculptr Delta 3D printer is as perfectly suited for beginning makers as for experts. In particular, it features an integrated control panel screen, a heated bed, a device adapted for all kinds of filament rolls, and Bluetooth® connectivity. Everything is entirely made in France at our Lyon location and delivered already set up and ready to use. And, because I want to make this tool accessible to everyone, the Sculptr Delta is available for pre-ordering at 450€, which makes it one of the least-expensive 3D printers on the French market.
Every maker must have access to performing creation tools without breaking their bank! The Sculptr Delta sets itself apart from other inexpensive 3D printers by its operational capabilities of the series.

You began ECAM Engineering in September. Is becoming an engineer an obvious choice for you ?

Since I was very little, my head has always been full of so many ideas. I love inventing, working on innovative projects. In middle school, I designed Internet sites. Today, I’m passionate about 3D printers. I wanted to study engineering, but I was looking for a school that fit me. That’s why I came to ECAM Lyon with its ECAM Engineering program. In addition to its education and values, I was seduced right away by the school’s prominent entrepreneurial dimension. Plus, the ECAM Entrepreneur Club is helping me out with my 3D printer project.

What’s your project’s next step ?

The challenges I face today are good ways to test out my capabilities and motivation as a rising entrepreneur. In October 2016, I launched a collective financing campaign to help start the 3D printer production. The goal was set for 1,500€ and in barely three weeks, 1,300€ was raised. If I can get through the end of my fundraising campaign, I’ll officially be able to start my adventure!