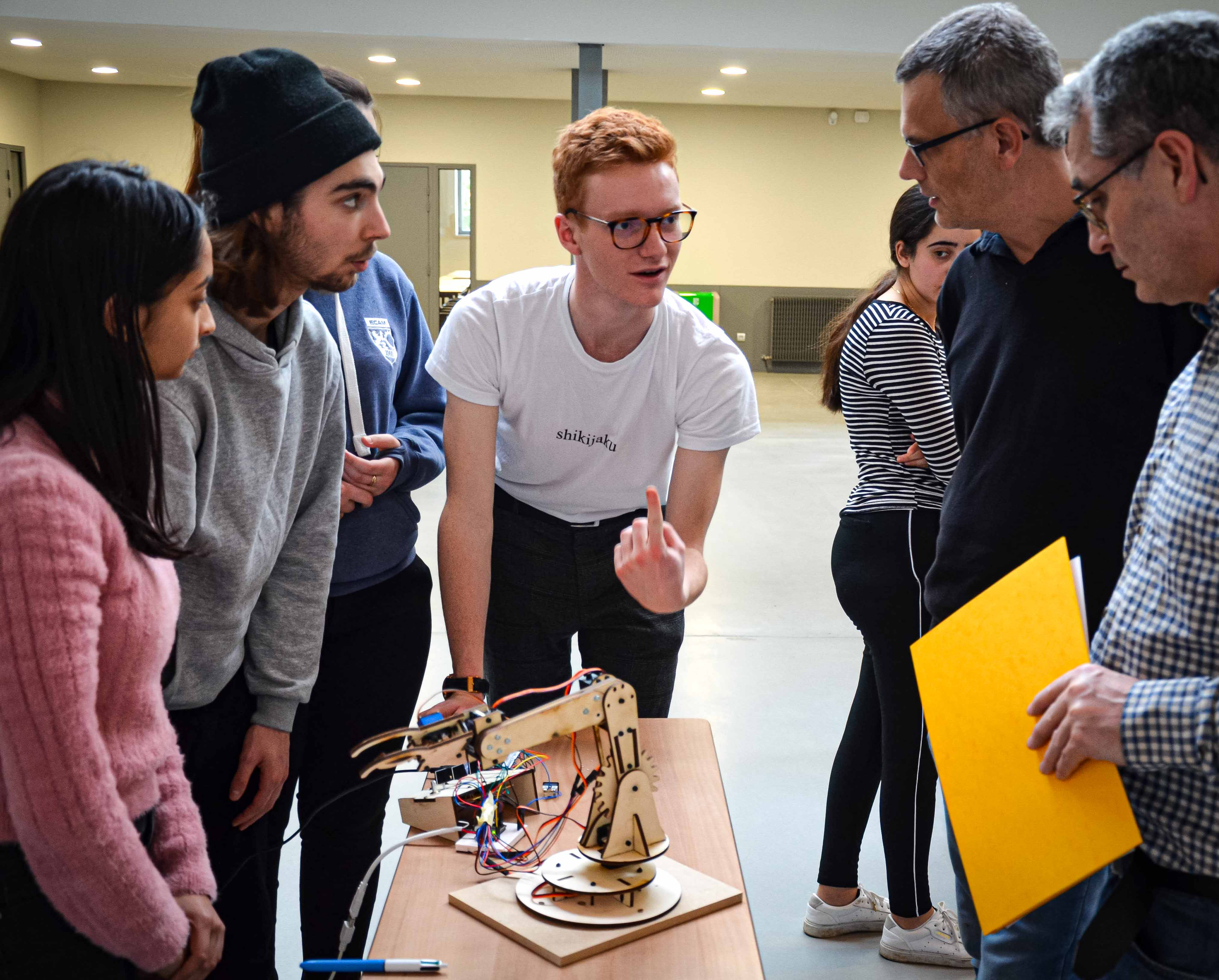 As part of their specialization in robotics (UE Robotics Project), 17 third-year ECAM Engineering students presented their final project for the semester, a jointed, robotic arm. The aim was to design a robot capable of grasping a pen and moving about in a pre-defined 3D space. 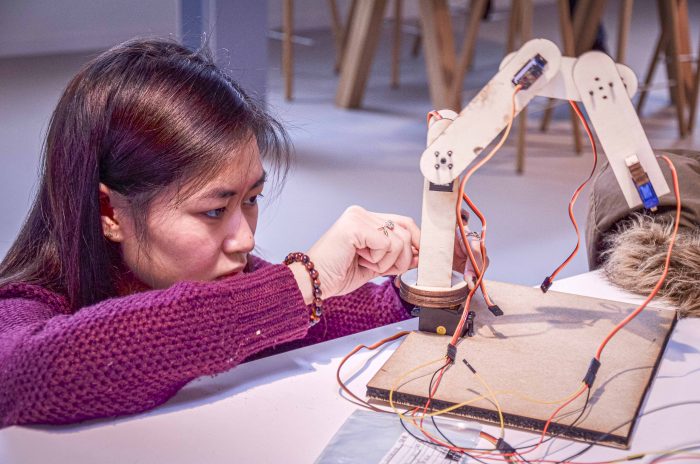 Before presenting their robotic arms to the panel of examiners, the students had to complete several steps: creating the robot design, calculating the forces at play and choosing the right motors, cutting the parts with a laser, assembling the parts and motors, programming the robot and more.

“This project enabled us to put the knowledge we have gained over the past two years to concrete use. It’s really satisfying to see the final project!” Chloé, a third-year ECAM Engineering student specializing in robotics

The final demonstration, which served as an examination, was a success, and all of the robotic arms were operational. The students defended their projects in front of a panel of examiners composed of teachers and student enthusiasts (members of the Robotic Club and others). Each team gave a professional presentation similar to what they could be required to do in front of potential investors. 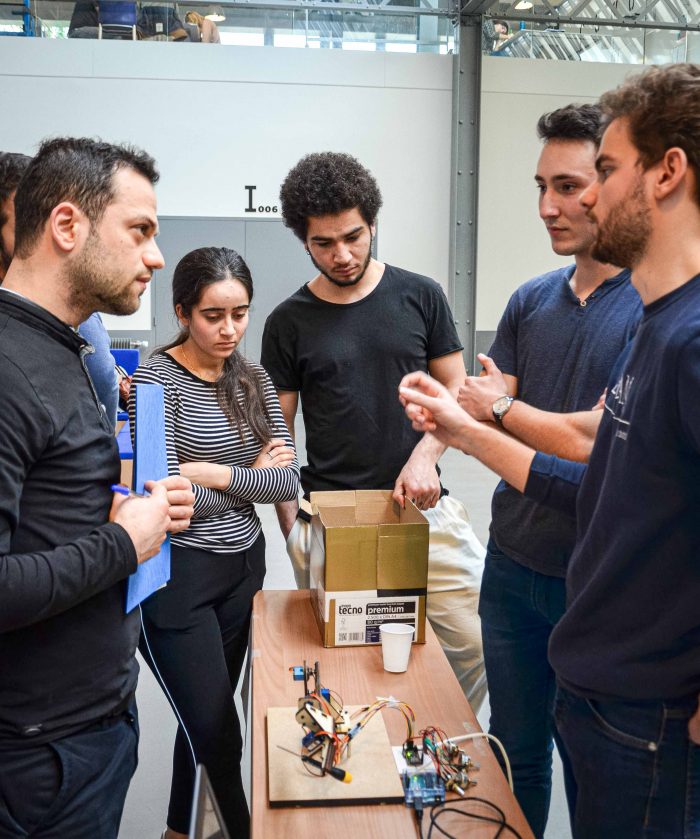 Despite their lack of experience in the workshop, the students rose to the challenge: each team managed to build a robot that worked nearly autonomously with a production cost of less than €150.

Their teacher, Cécile Pacoret, told us she was “proud of the maturity the students gained during the project and the results they obtained”. Bravo to all those taking part!