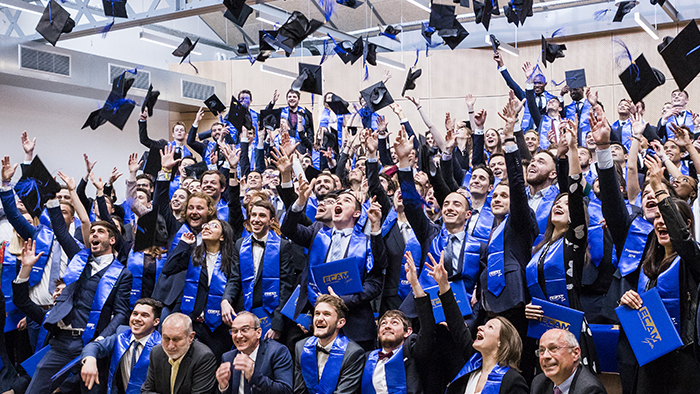 During the first quarter of 2020, as part of the annual first jobs survey of recent graduates carried out by the Conférence des Grandes Ecoles (CGE), ECAM Arts & Métiers class of 2019 engineers were asked about their first job. What do they do? Where do they work?

Note: the effects of the Covid-19 crisis do not appear in the results as data collection took place before the end of March.

High employability and an international dimension

ECAM Arts & Métiers engineers move into the working world quickly. In fact, 92% of them found their first job less than 2 months after graduating (compared to the 86.3% French national average for engineering schools). Six months after graduation, that number jumps to 99%.

A slight rise in salaries

In France, salaries for young engineers – not including bonuses – are up slightly (+ 1.7%). Recent ECAM graduates follow this trend, whatever their course of study. Salaries vary greatly internationally, depending on the country and the type of contract (local or expatriate).

A variety of sectors and companies

The general dimension of the ECAM Arts & Métiers program is reflected in the results of this survey through the wide variety of sectors and positions recent graduates are working in.

This survey, which also looked at the satisfaction of recent graduates, tells us that 86% of ECAM Arts & Métiers Class of 2019 graduates say they are “satisfied” or “very satisfied” with their first job. This figure is higher than the national average for recent engineering graduates (83.9%).