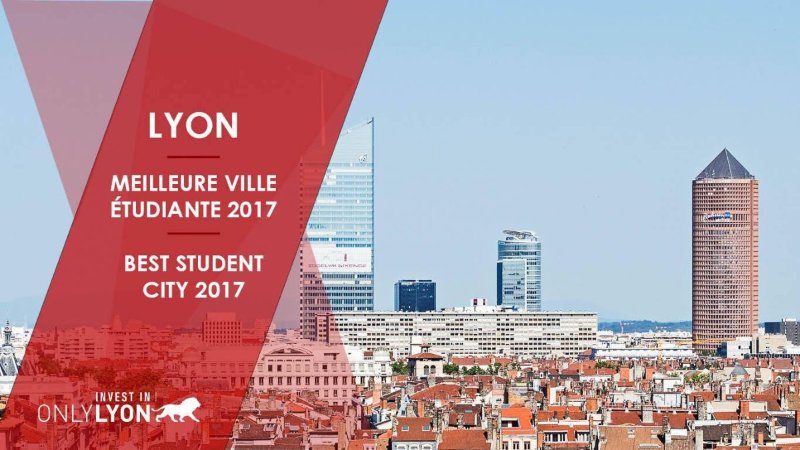 According to the student magazine l’Etudiant, Lyon is France’s best city for students 2017. In only two years, the regional capital went from ninth place to first, an amazing feat in and of itself.

A City Reinventing Itself

To many students and family, these rankings are vital in choosing where to study, and the recent report underlines the growing attractiveness of the City of Lyon to students. Over 150,000 students within the city’s urban area benefit from the cities living condition, transportation, housing, and quality of education among other attributes. Many view this award as the result of local actors’ commitment and actions over many years to transform Lyon.

How did Lyon manage to beat 42 other student cities in France including Grenoble and Toulouse in l’Etudiant’s ranking? For starters, the ranking evaluates France’s city on five main criteria: attractiveness (number French and international students), Education (number of higher education institutions and success rate), student life (events, culture, etc.), living conditions (housing, transportation, etc.), and economy (insertion and unemployment rates and innovation). Lyon’s assets are its attractiveness, with a growth of over 30,000 students over 10 years, and its rich and diverse educational offer with over 1,000 specializations available.

A Convincing Argument for New Students

For ECAM Lyon and all other local higher education establishments, receiving the title of the best university city is a valuable asset for recruiting new students. A city’s living conditions is a deciding factor in every applicant’s choice of studies. If that is the case for French students, it is even more so for international students discovering France, whose knowledge of the country tends to end at Paris’ borders. This new honor reinforces and promotes the Metropolis of Lyon on the world stage.